﻿﻿"a joyful, gyratory salsa celebration" - Time Out New York
﻿
'Judges and audience alike were blown away by this charismatic bandleader and his new Cuban music. "People who can't even dance were trying," said Alicia Olatuja. Beyond the band's energy and charisma, the band played so well together, with musicianship that led Olatuja to remark that they were "the biggest band and the one with the best balance."' - NPR/WNYC


"The individual playing on the album is superb and the rhythm section displays a level of comfort with all the styles contained within the album with fluidic ease. From the Timba perspective, “Somos latinos” is a treasure trove of state of the art bass, piano and percussion work laid down by some the very best instrumentalists in the genre." -Ian Stewart, Timba.com

"Gerardo’s music is refreshingly authentic and original...The music in this CD [Somos Latinos] is superb, anchored in the strong rhythm (piano, bass) and percussion (conga, bongo, timbal) sections. This CD showcases Gerardo Contino’s talent as a singer and as a producer..." -- Hector Aviles, Latino Music Cafe.﻿​

The explosive Los Habaneros are a force to behold on stage. Mixing musical styles from their home in Cuba with the diversity of sounds they encountered when they made New York City their home, Los Habaneros transcend traditional musical genres to create a real fusion that provokes fans into hip-shaking abandon. The band is comprised of a young generation of Havana-trained musicians, including director and singer Gerardo Contino, artistic director and pianist Axel Tosca Laugart, and percussionist Yusnier Sanchez Bustamante.
​
The band's first album, Somos Latinos (2013), was released to very high critical acclaim. It was produced by Latin Grammy-nominated Luisito Quintero, and included 5 time Grammy-award winning bassist John Benitez. Los Habaneros have toured in Peru, Canada, Qatar, and all throughout the United States. They have played at the Kennedy Center for the Arts as official performers for TEDMED, the American Folk Festival, Brooklyn Academy of Music, BB King Blues Club, Subrosa, BAMCafe, The Green Space, Sounds of Brazil (SOBs), Le Poisson Rouge, The Bronx Museum, the American Museum of Natural History, Live at the Gantries, Roulette, Gonzalez y Gonzalez, Taj, and many others. ​

Their second album, LOS HABANEROS NYC, was released in winter 2018.
​ 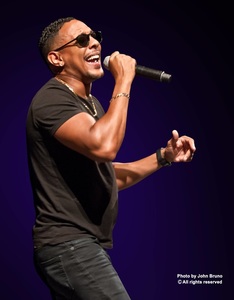 Classically trained and with years of experience in Cuban and American salsa, jazz, and big orchestra bands, the Havana-born Gerardo Contino is a multi-talented singer and songwriter.

Gerardo created Los Habaneros in 2012, which has gone on to become the "Best Band in Manhattan" (WNYC/NPR), and "Best Cuban Dance Band" (NY Latin Culture Magazine). His latest project is Afro-Latin Renaissance.

Gerardo is also the lead-Latin singer for the Max Weinberg Orchestra, and lead vocalist for the Larry Harlow's Latin Legend's Band.

Gerardo is a recipient of the 2018, 2015, and 2014 Lower Manhattan Cultural Council grant for Manhattan Community Arts Fund. Gerardo is endorsed by Gorilla Ears, is an active member of Musicians on Call, and was an invited speaker and performer for TEDMED 2014 in the Kennedy Center for the Arts, Washington, DC.

Gerardo received his education in Law at the University of Havana and his Master's in Law (LLM) at Cardozo School of Law, with a concentration in Intellectual Property and Entertainment Law.